Home Pets Cats The kindness of the people allows a kitten abandoned in a flowerpot...

A kitten the size of the palm of your hand was found abandoned in a flowerpot. It recovered and began to bloom with the help of caring people.

Little Wanderers NYC, an all-volunteer rescue center in New York City, received an urgent request (late December) for a newborn kitten to be rescued. “The kitten was abandoned in a planter in the driveway of a resident’s home in Woodhaven, Queens,” said Little Wanderers NYC.

The nice person who found the kitten searched the area but could not locate the mother cat or any other kitten. Olivia, who is responsible for the Little Wanderers database, went into action and turned the kitten over to an experienced breeder.

The kitten had not been cleaned by its mother, which led the rescuers to believe that the mother had abandoned the baby shortly after birth and had not returned. “We named this little survivor Tiny Tim (they thought the kitten was a boy at the time), and the kitten is surprisingly strong”. 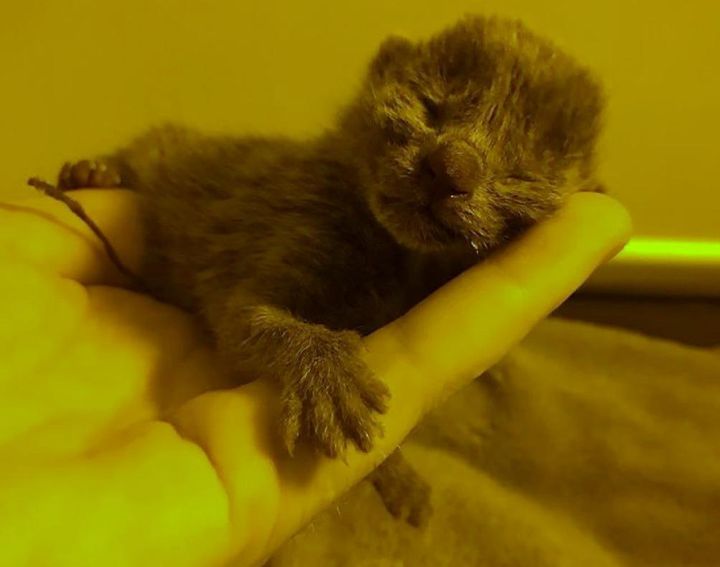 The grey kitten was about 48 hours old and was very hungry, but he had a strong will to live. Upon his arrival at the rescue center, the kitten showed incredible fighting spirit by clinging to the bottle as if there was no tomorrow.

Being small, the kitten needed a constant source of heat (in a comfortable incubator) and to be fed every 1 to 2 hours during the day. 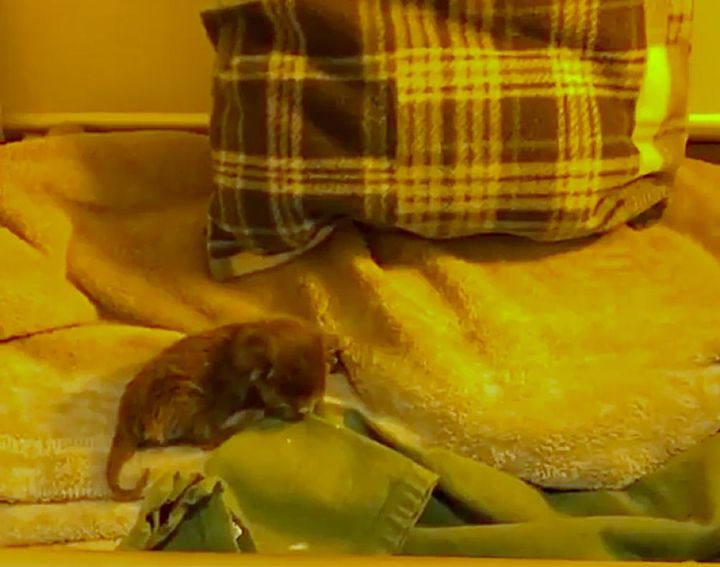 Angela Yu, the rescue volunteer, took care of the newborn at the age of three days. The kitten had stomach problems and there were times when Angela was not sure the little feline would survive.

Angela took it one day at a time and followed a strict and intense feeding protocol with supportive care. After many sleepless nights, the little fighter came to her senses and recovered. Angela was able to breathe a sigh of relief thinking the kitten would be fine. 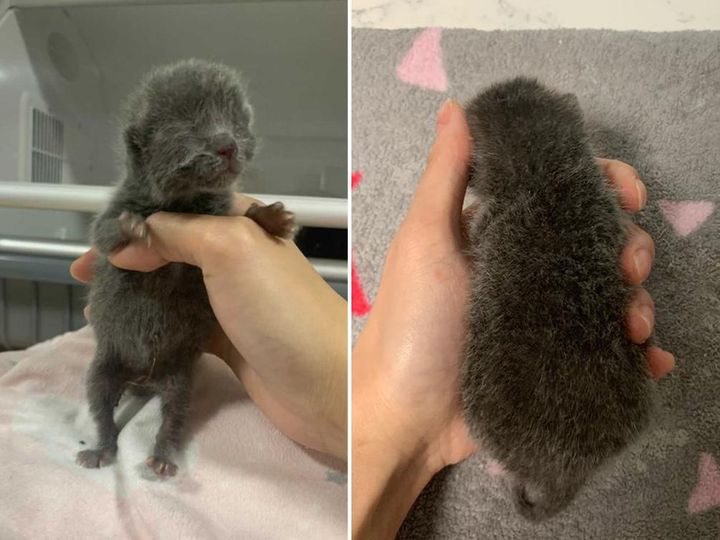 When the kitten grew up, they discovered that it was actually a girl, but the name stuck.

“I named her Tiny. She screamed like crazy every time I washed her ass. It showed me that she had the strength and wanted to live,” Angela told Love Meow. 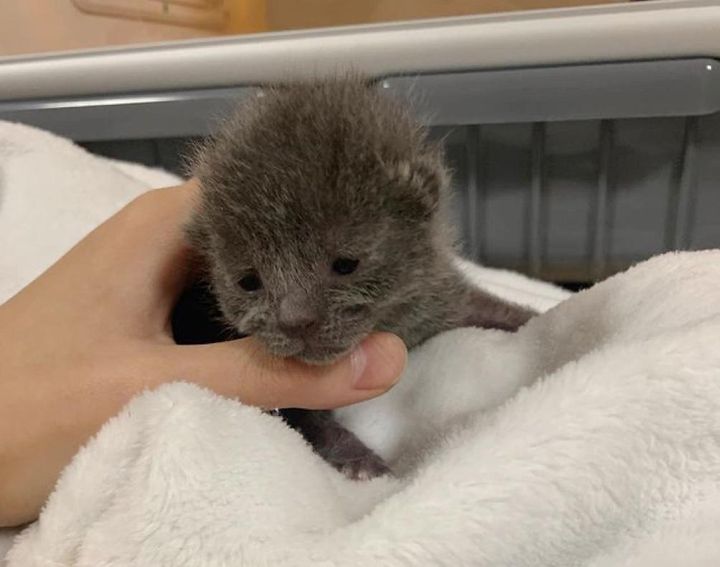 Tiny took one step at a time and never failed to amaze her adoptive mother with what she could do. She learned to eat from a plate all by herself and her personality was revealed.

“She managed to jump out of her park several times, so now she’s in complete control of my house,” Angela told Love Meow. “Tiny thinks everything is a toy and everyone wants to play with her.” 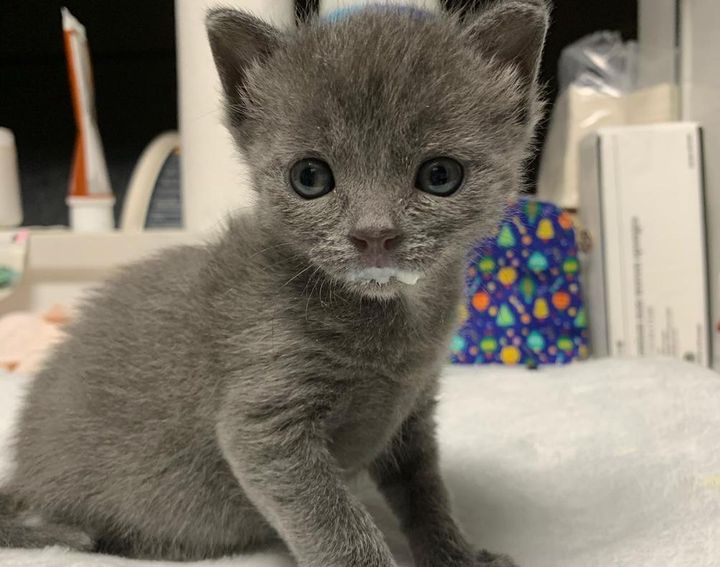 Tiny is constantly looking for trouble. She likes to play cat and mouse with her foster mother and make all kinds of jokes. She follows her owner everywhere and fills the house with fun.

“I think the only time she sleeps (really) is when I go to bed,” Angela adds. 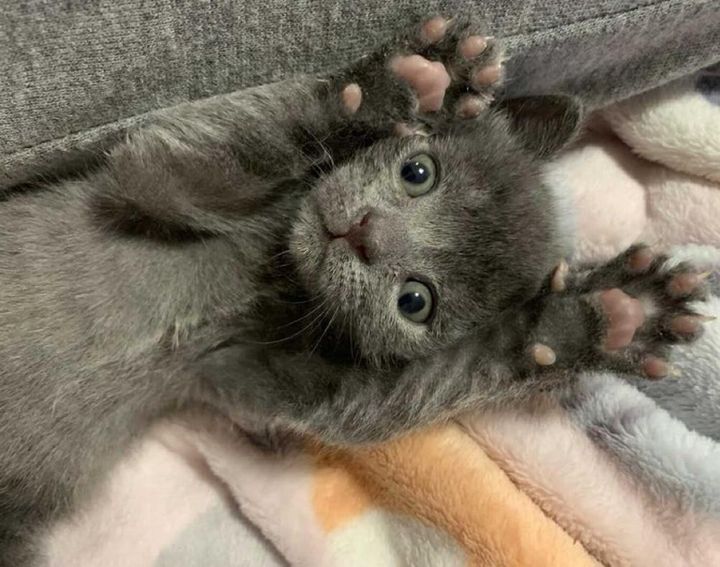 Tiny has come a long way since he was found in a flowerpot. He has become a beautiful teenage cat and is in very good health.

“When she was only two days old, we weren’t sure she would survive. But thanks to Angela, she received the best welcome an orphaned kitten could wish for,” said Little Wanderers. 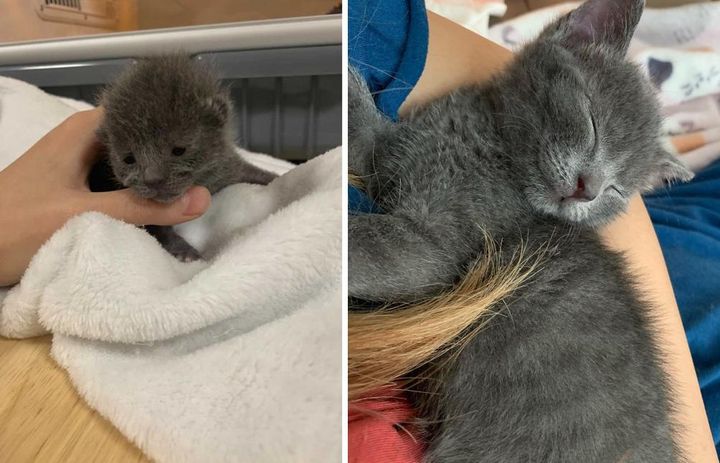 Little Wanderers NYC is looking for other volunteers in New York City to help cats and kittens in need and give them a chance.

“This kitten season promises to be a record with an explosion of kittens like we’ve never seen before,” shared Little Wanderers NYC. 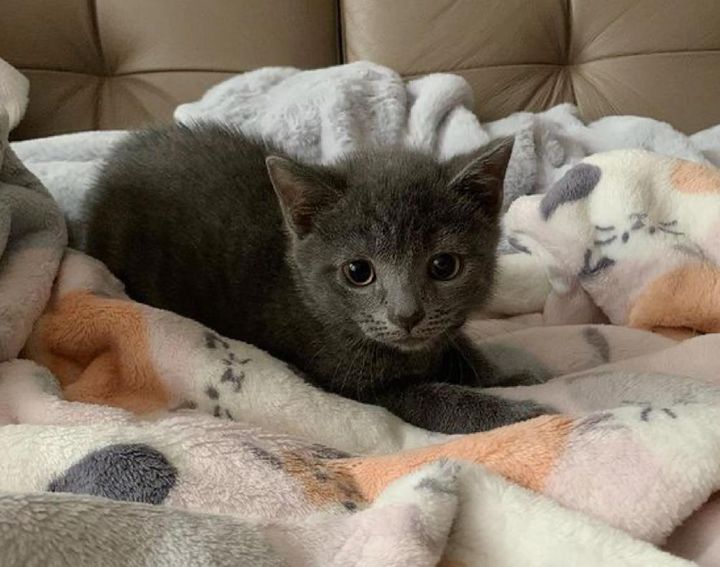 Tiny continues to steal hearts with her great personality and her sweet and charming smile.

The potted kitten thrives in a foster home and has nothing to worry about. 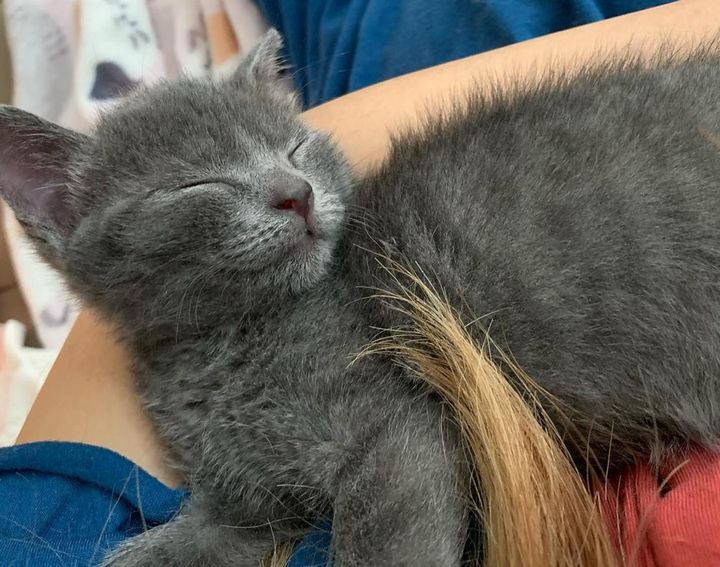