Home Pets Cats Thanks to the help of the great family, the kittens found under...

Two red kittens turned into beautiful cats with the help of a wonderful family. 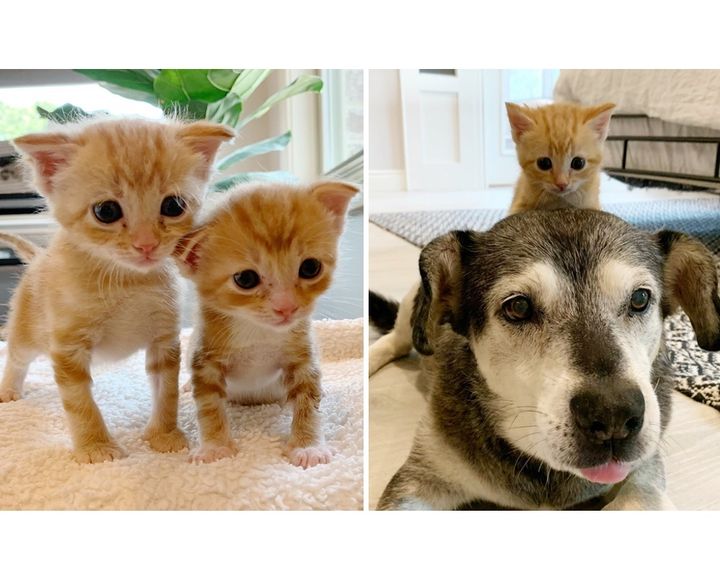 Max and Ruby, two red kittens, were found under a resident’s house. The mother cat never returned to them, so the owner took them to Best Friends Animal Society in Northwest Arkansas for help.

Holly Brookhouser, a Best Friends volunteer, was contacted to see if the kittens needed a foster home. She didn’t hesitate to take them in. “They needed a bottle, so I took them in. I couldn’t say no,” Holly told Love Meow.

The couple was overjoyed to have a family that cared for them 24 hours a day. They stayed in the same room as their foster mom so she could take care of their every need.

Holly immediately noticed the special bond between the kittens. They were rarely separated and looked for each other when they were out of sight.

“The smaller, darker one is a boy, and the bigger, louder mouth is a girl,” Holly added. “Their names, Max and Ruby, come from one of my daughter’s favorite cartoons about a big sister and her little bunny brother.” 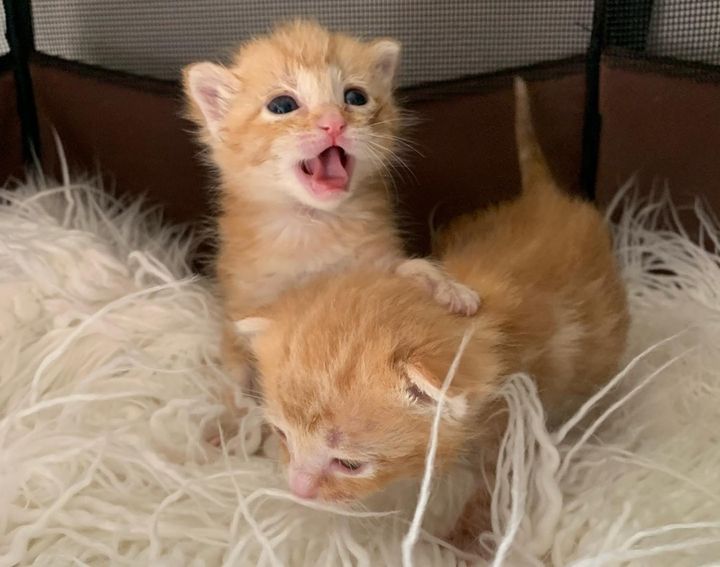 Soon the kittens began to gain weight and strength. As soon as their little paws were strong enough, they began to roam and explore.

The resident animals got to know the new residents and enjoyed themselves. “Zaki, the cat, was certainly curious about the “mini-me” that had invaded his room.” 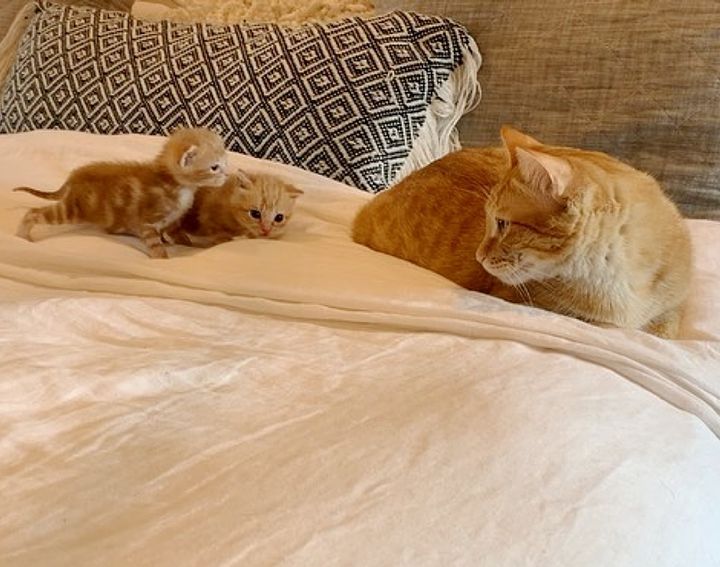 Their curiosity quickly increased when they were able to spend time with other furry friends in the house. Jack, the older dog, adored his feline friends and let them climb all over him.

“They were the best and easiest to bottle feed and soon started sleeping on our bed.” They were very close, and still are.”

Max and Ruby do everything together. They like to snuggle and intertwine their tails in a hug.

As they grew, their personalities began to emerge. 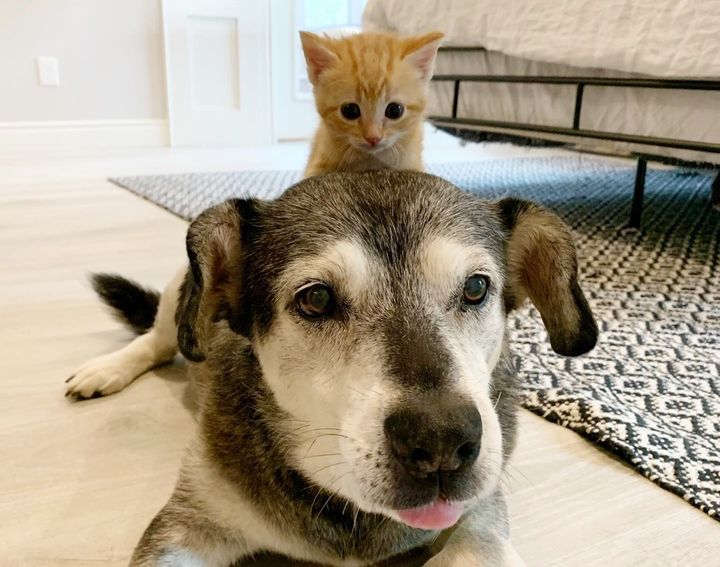 They ran around the room chasing, wrestling, and pushing each other with their overflowing energy.

When they were done playing, they cuddled and purred themselves to sleep. 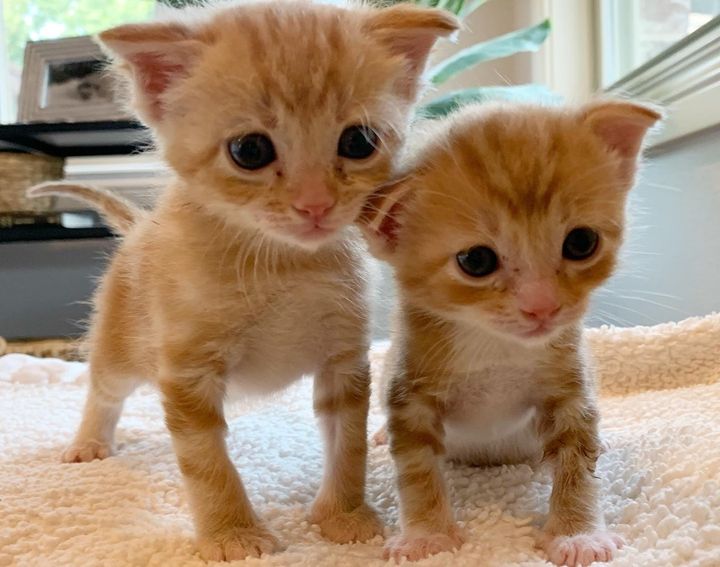 Both were never short on attention and were constantly fawned over by everyone in Holly’s extended family.

Rigby, the tabby, has a soft spot for kittens in need. He offered himself as a surrogate parent for the kittens, making himself available to them whenever they needed a cuddle.

“Even though the kittens had to be weaned from the bottle, the babies clung tightly to him, especially Max.” 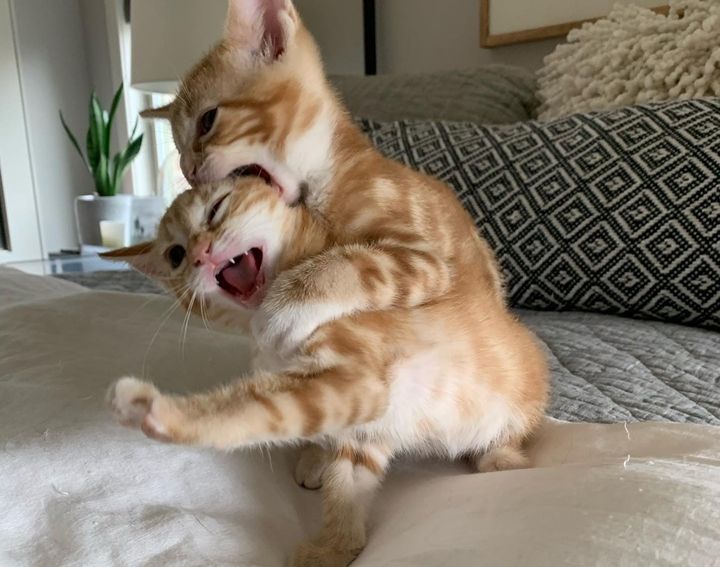 Max and Ruby insisted on cuddling everyone in the house and wouldn’t take no for an answer.

Mini, another senior female, was very helpful to kittens in need but was reluctant to have her ears licked. 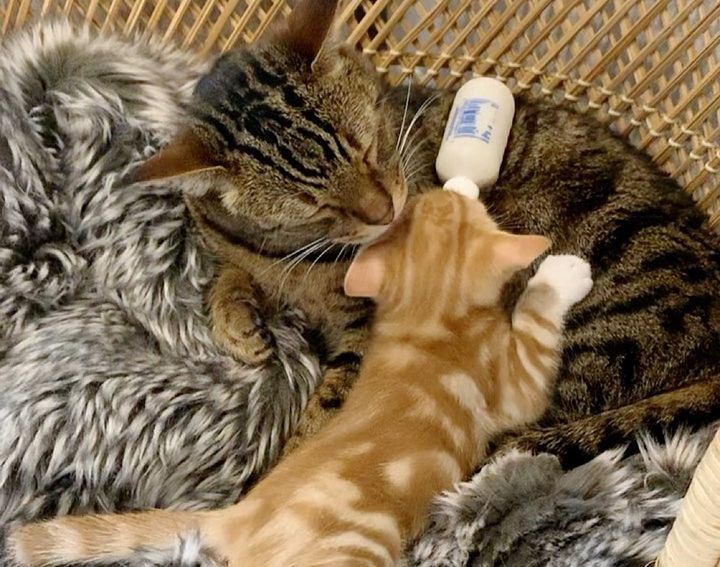 “Max and Ruby have to be the most spoiled children I’ve ever had,” Holly said.

“They slept with us every night and I couldn’t stand to see them cuddled by my husband in the middle of the night.” 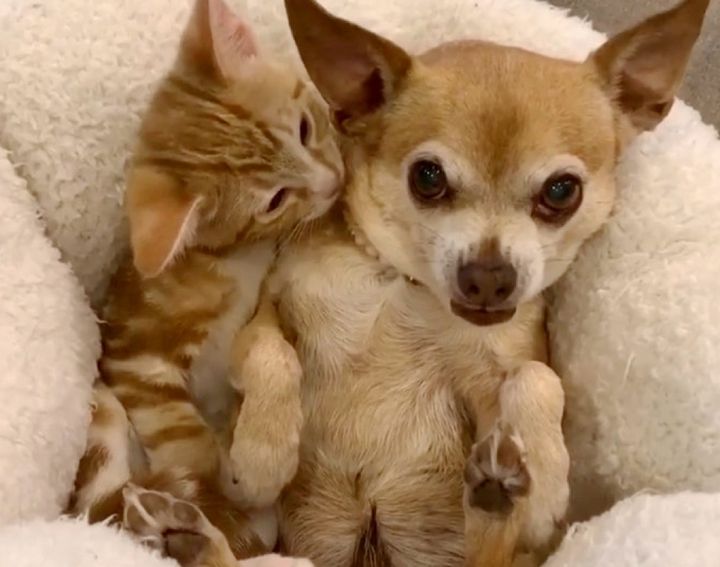 One day, a family came across Max and Ruby on the best friends page, and they were completely blown away.

When the kittens were ready to spread their wings and fly, they were adopted into their new home together and will never be separated again. 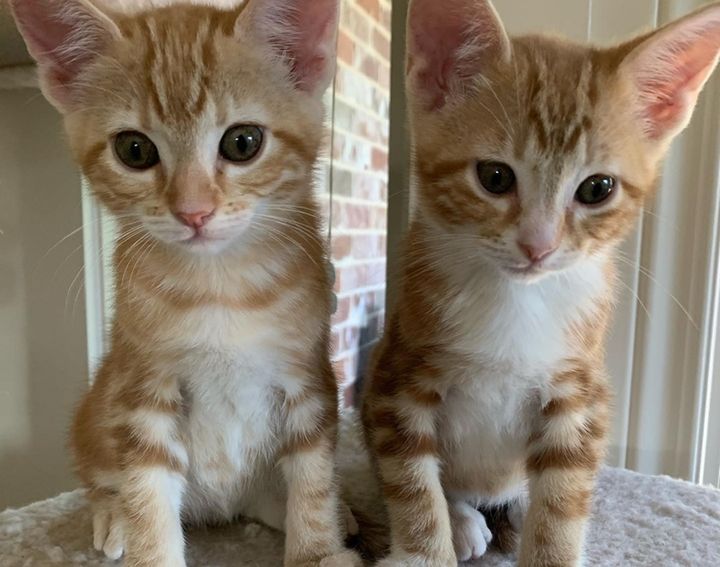 Max and Ruby left wonderful footprints in their adopted home. Today, they are thriving in their new home and bringing joy to their loving parents every day. 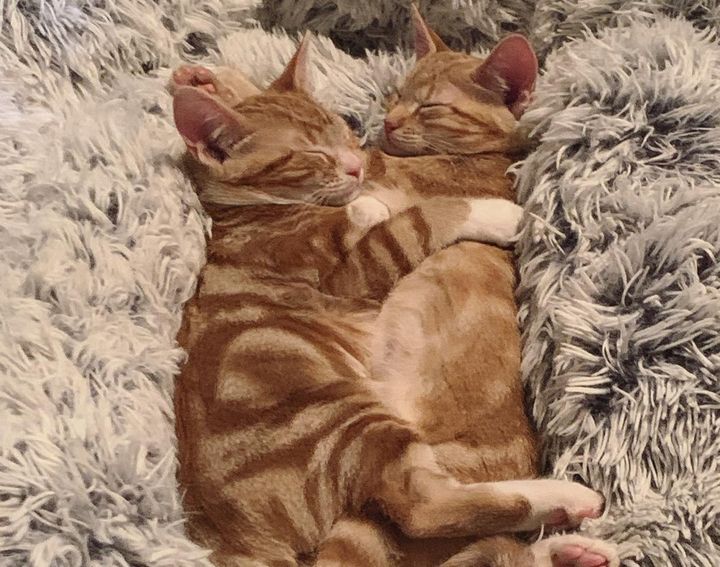 They have grown into beautiful young cats and their bond has only grown stronger.

“They are very loved, spoiled, and happy to have each other. Two kittens are better than one.” 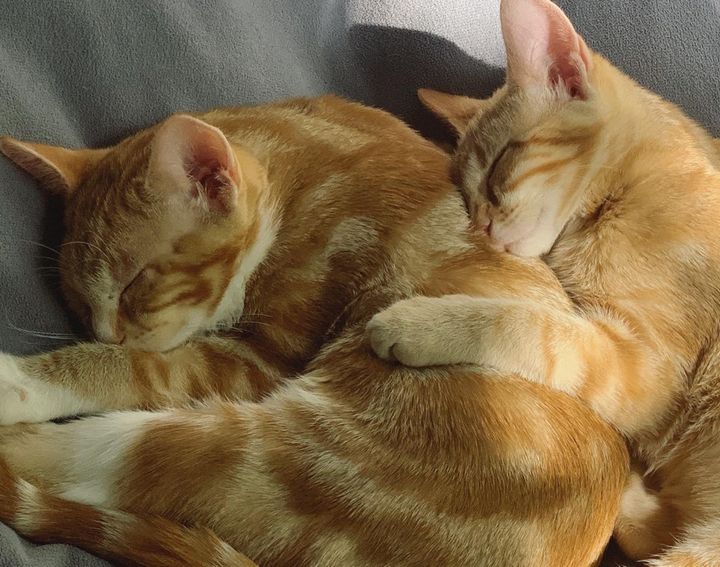