Home Pets Cats After living the street life together, the kittens help each other to...

Two feral kittens were rescued from the street life together. They are very close and help each other gain confidence.

Earlier this year, Dorset Rescue Kittens (Ontario, Canada) took in several feral kittens from a large cat colony. Among them were two kittens, Cholua (calico) and Tabasco (brown tabby), who snuggled together as soon as they were rescued.

It turned out they had been a couple since they were kittens. “We think they are from the same litter, but we’re not 100 percent sure,” Cailey Seymour, founder of Dorset Rescue Kittens, told Love Meow.

With the help of volunteers, the kittens were placed in a foster home. Cholua and Tabasco’s caregiver wanted to make sure the two kittens stayed together, as they were inseparable. 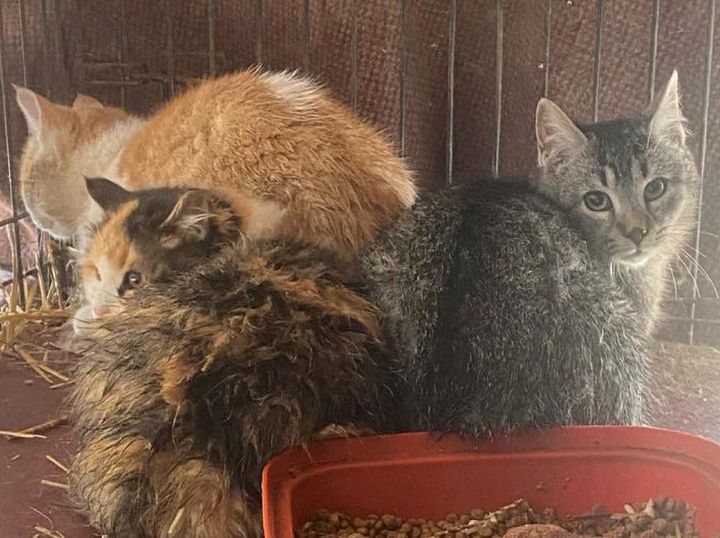 Calico and Tabby were taken to a quiet, comfortable room to help them break down. They immediately took refuge behind furniture because they were afraid of people and their new environment.

They would not allow anyone to approach them and were ready to fight tooth and nail. “Cholua was trying to bite and Tabasco wouldn’t come out of hiding,” Cailey said. 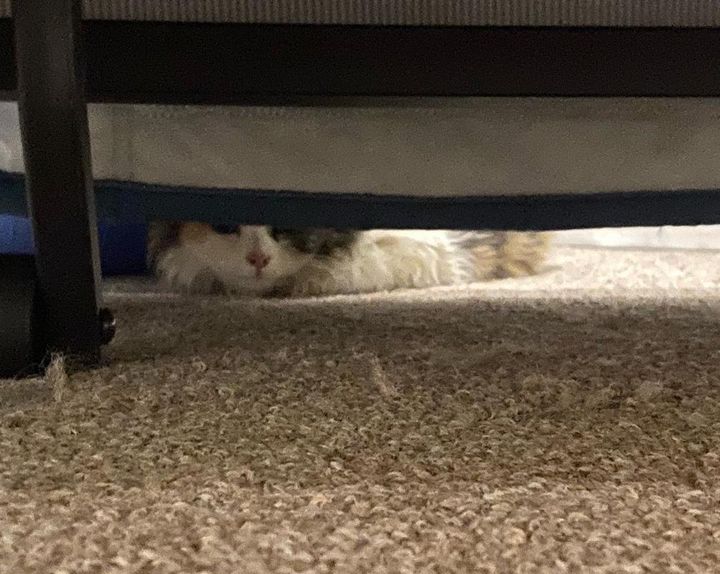 With plenty of good food that they found irresistible, the two slowly emerged from their hiding place and began to cautiously explore their new den.

They always moved together, as if they were supporting each other. They had a lot of adjusting and readjusting to do, but always being close to each other gave them a sense of security. 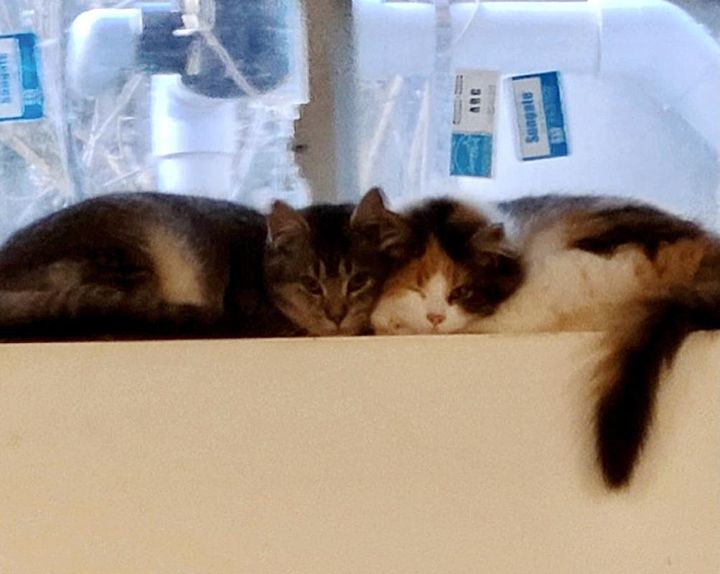 They began to feel more relaxed, coming out of hiding a little more each day. Eventually they accepted the presence of humans and felt comfortable enough to rest in their presence.

When Tabasco saw that Cholua had small pets here and there, he too began to get excited about the idea. 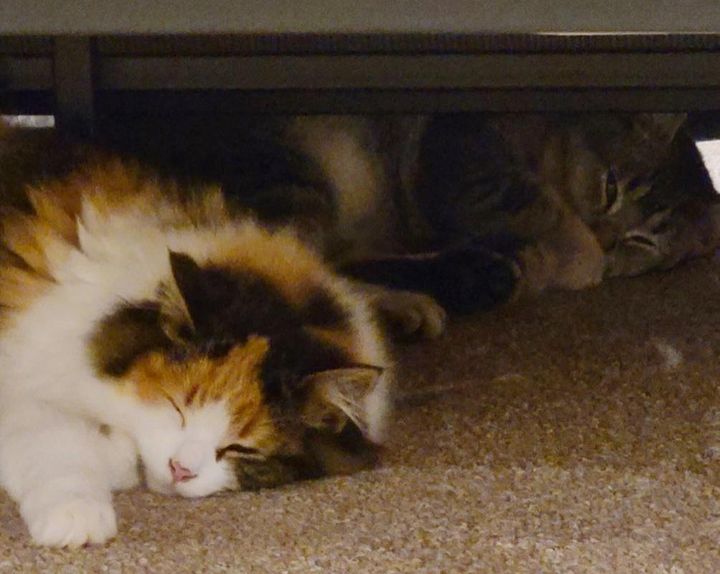 They were still shy and wary, but once together, they encouraged each other. They were close, wrapping their tails around each other as they walked around the room. 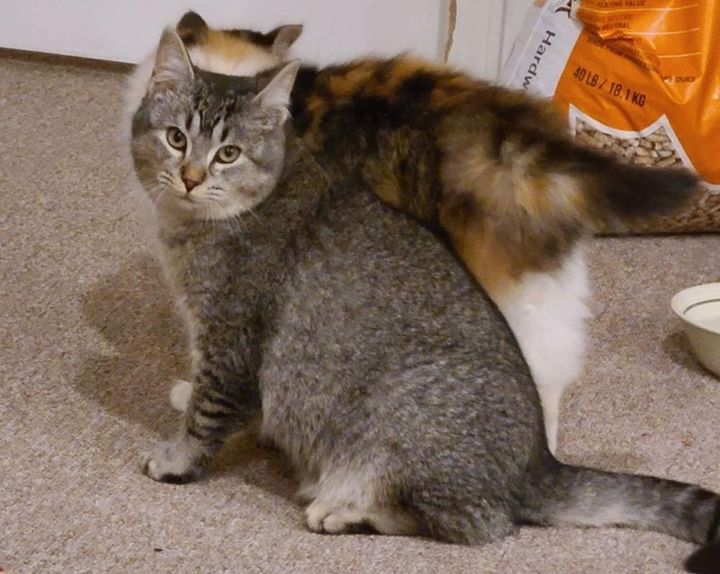 Her foster mom used her favorite things to win them over. “Cholua is obsessed with the laser pointer, while his brother Tabasco prefers socialization through food.”

The two best friends became braver and calmer as they continued their daily outings around the house and positive interactions with their peers. 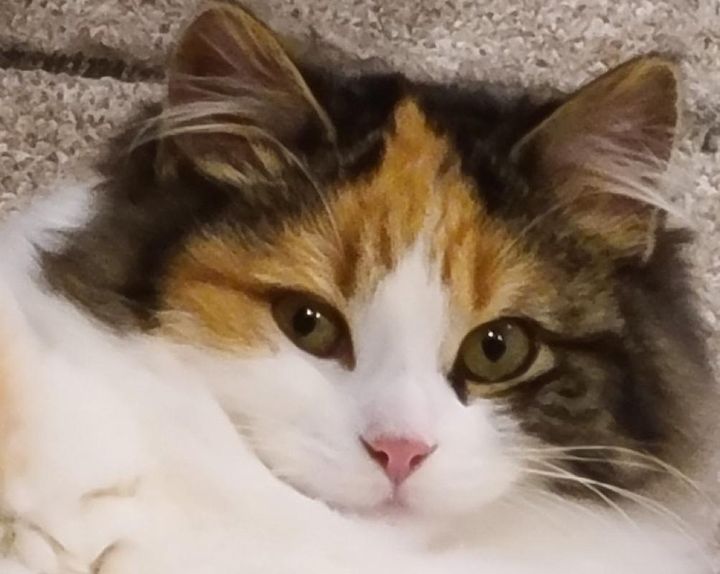 They were encouraged to try new things and even came to accept love from their humans.

“They are finally starting to get along. They follow each other around and need each other to feel safe. When one kitten does something, the other follows,” Cailey told Love Meow. 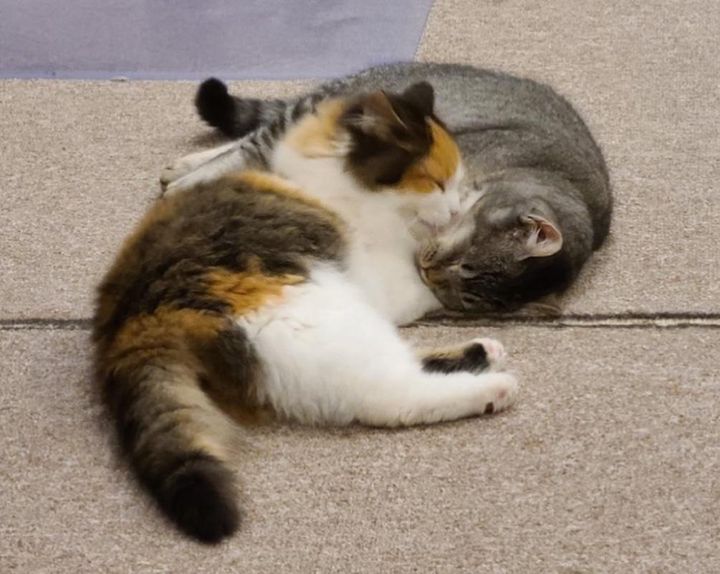 “They love to pet each other and snuggle on the couch and their cat tree. Even when they were in the big colony, they did everything together.”

Cholua and Tabasco are becoming more confident every day and have access to the entire foster home. They enjoy the many nap opportunities and try them out together, one at a time. 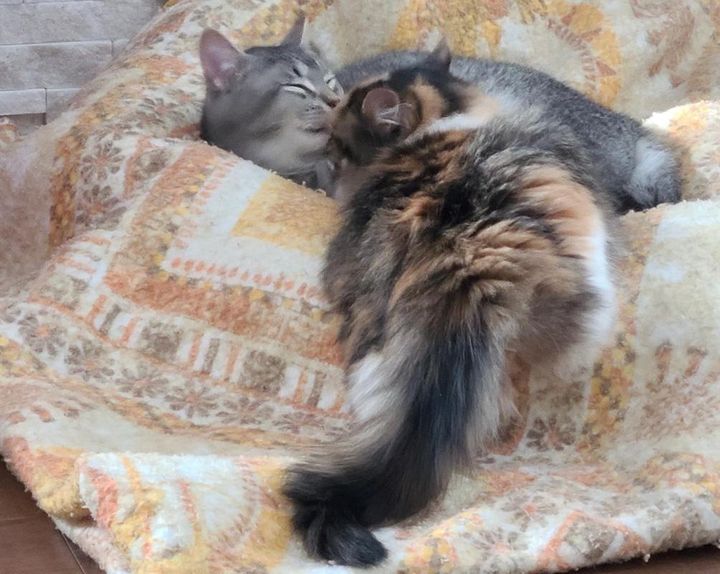 “When the time comes to adopt them, they will need patient owners who are willing to work with them as they continue to gain confidence,” Cailey shared.

“These kittens love treats and are very affectionate when it comes to food. They are starting to learn that they want affection when there is no food, but it’s still a long way off.” 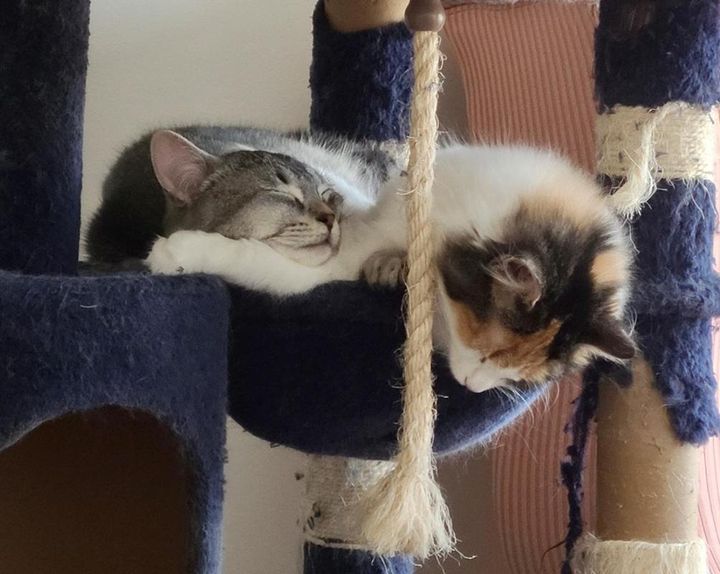 Calico and Tabby have come a long way and no longer have to struggle on the streets.

They love their VIP life as pampered indoor cats and have always been a support to each other. 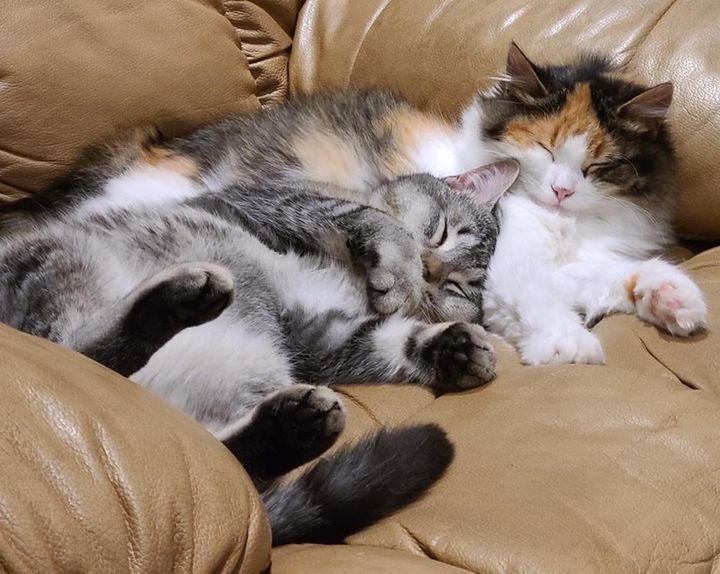